Resurfacing works began in January in the most important access to the Buenos Aires downtown area from the North. Due to high traffic volumes, the work on the Illia and Lugones Highways is carried out at night and in the summer months to minimize the impact on traffic.

The work covers 3.5 kilometers in the section between General Paz and July 9 avenues.

For the supervision of the works, AC&A has its own Software called Intelligent Pavement Vision (IPV), exhibited during the TRB convention in Washington, which uses artificial intelligence to more accurately assess pavement defects, besides the rest of the technological equipment for pavement assessment. 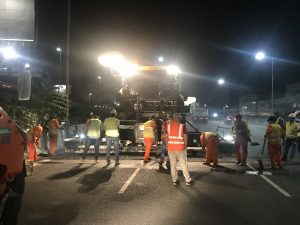 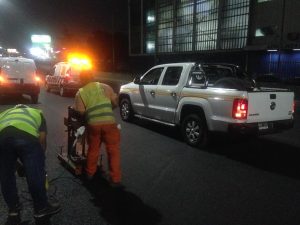