THE PASEO DEL BAJO RECOGNIZED IN THE 2020 FUNDACIÓN CAMINOS AWARDS 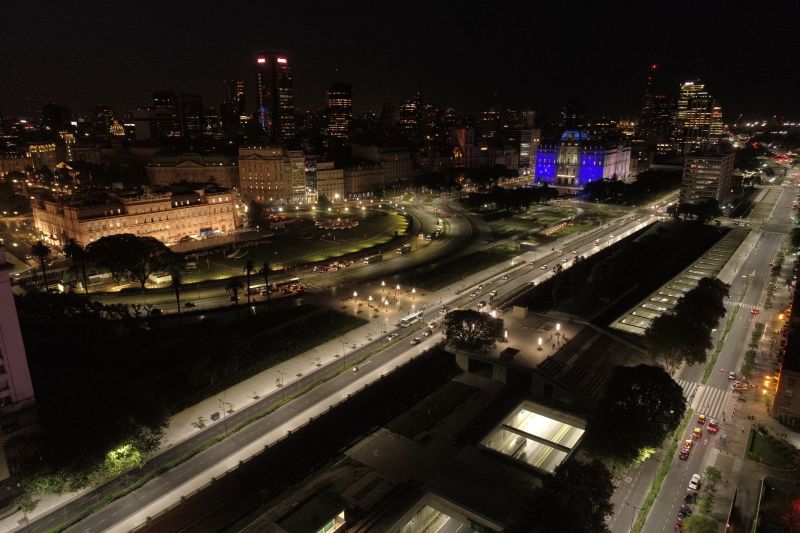 Almost three years after its creation, the most important road work in the City of Buenos Aires in the last 50 years, which was jointly supervised by AC&A and INECO, made headlines in Europe.

Within the framework of the 7th Global Forum on Engineering and Public Works held in Madrid, the professor from the University of Cantabria (UC) Guillermo Capellán, received the Albert Serratosa City and Territory Award in category C ‘Outside of Spain’ for his participation in the project “New Paseo del Bajo. Argentina, Buenos Aires. Urban connection between the perimeter highways of the Autonomous City of Buenos Aires (CABA)”.

It should be added that already in its first year of operation, in addition to being praised by multiple specialized references, it obtained the most important award in urban engineering granted by the Argentine Road Association as the best urban work of the year in 2019.

Erected with an imposing architectural design, the Paseo del Bajo has more than three thousand meters of semi-covered trench-style cast wall structures, 10 vehicular bridges and 9 pedestrian walkways, which include ramps at the beginning of the section.

The results of this historic and modern engineering work were overwhelming. Located in an area characterized by massive traffic and pollution, it allowed greater fluidity in vehicular circulation and added a green space with more than 13 hectares of landscaped area, with the aim of contributing to the environment and recovering recreational spaces for passersby to enjoy.

With more than 7 kilometers in length, the Paseo del Bajo connects to the Illia, 25 de Mayo and Buenos Aires-La Plata highways and goes through the neighborhoods of San Telmo, Monserrat, San Nicolás, Puerto Madero, Retiro and Recoleta. It has four exclusive lanes for trucks and long-distance buses, as well as for light vehicles.

From AC&A we celebrate this international recognition of the Paseo del Bajo which, with its remarkable and transformative urban qualities, benefited millions of Argentines in their daily commute.