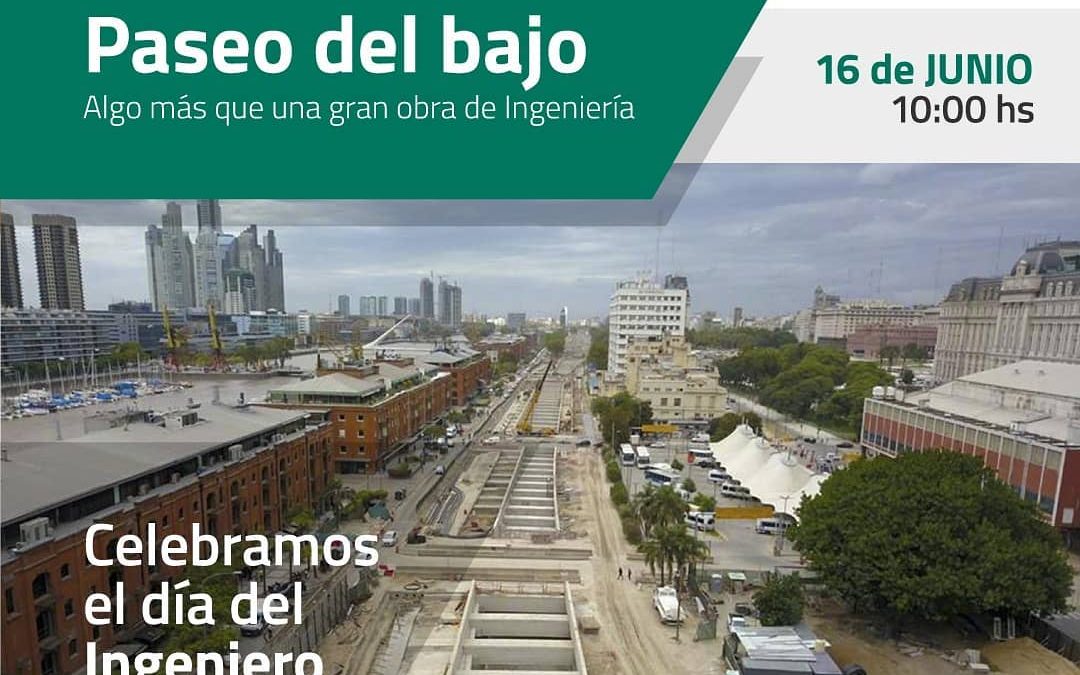 On Wednesday June 16, and as part of the Engineer’s Day celebrations, the Director of Work Inspections of our company, Eng. Miguel Hesayne, spoke at the virtual space “Paseo del Bajo: Something more than a great engineering work”, held by the Professional Council of Civil Engineering (CPIC).

The opening was by the President of CPIC, Eng. Adrián Comelli, who welcomed the speakers and the audience attending the event. Next, the Undersecretary of Public Works of the Government of the City of Buenos Aires, Eng. Marcelo Palacio, highlighted the contribution of professional engineers in our country and, regarding this historic work, he stressed: “This is very important, not only for engineering but also for the new generations”. 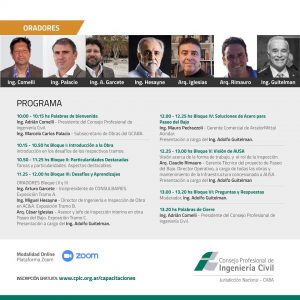 Next, Miguel Hesayne began his presentation, expressing his pride in having been part, through AC&A, of the inspection in Section B of Paseo del Bajo (inaugurated in 2019) and added: “This project was thoroughly studied and the outcome was a perfect reflection of the blueprint, which is not very common. The innovative aspect of the structure was the use of cast walls.”

Then, through a clear presentation, he made a thorough review listing the different tasks carried out, especially those related to the sub-pressure slab, reinforcement baskets, pedestrian walkways, excavation, anchoring micropiles, sub-pressure isolation and the terminations, among some of the most important points.

In relation to the challenges and lessons learned during the development of this imposing and colossal project, Eng. Hesayne highlighted two fundamental axes related to new construction technologies and soil movement. In turn, he added: “In addition to the complexity of the work itself, its location was also a challenge. It is an area with a high population and traffic density, which implied programming and coordination from an operational point of view. The objective was achieved within the deadline and thanks to teamwork, involving a large number of actors.”

Along these lines, and after highlighting the value of the continuous planning of the project, Eng. Arturo Garcete specified: “This work was a great challenge in terms of structure and could be carried out within the established time. Just over 90 percent was executed in 15 months. This achievement was possible thanks to the joint work of all sectors.”

Later, Arch. Cesar Iglesias noted that during the works and thanks to the identification of the probable risks, no deaths or injuries were recorded, “which shows an exact application of the prevention and safety rules for workers.”

At the end of the event, Eng. Adolfo Guitelman highlighted the importance of the Paseo del Bajo and concluded: “The road work, due to its conception, also included another extraordinary work, which is the channeling of all the storm drains under the Paseo del Bajo, through hydraulic siphons that were developed jointly.”