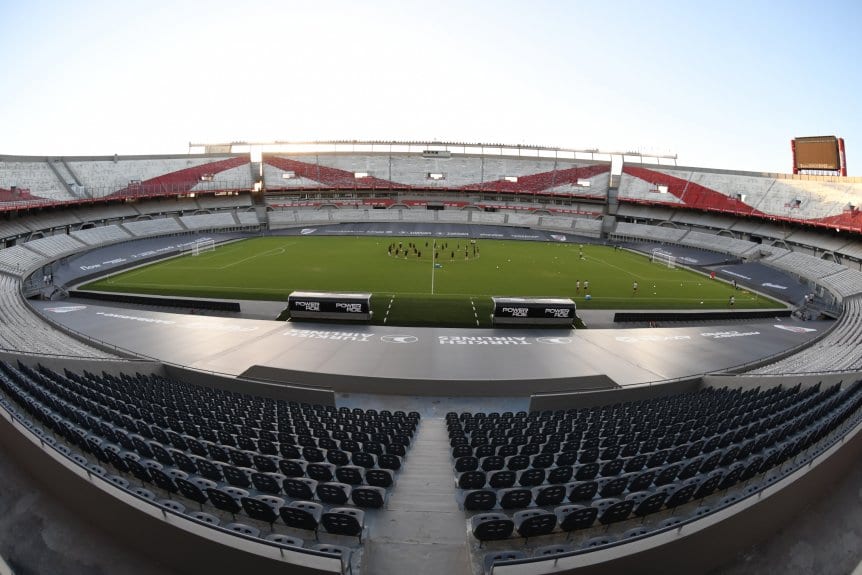 Our company was hired to conduct the study and the 3D geometric survey for the reform project of the mythical Antonio Vespucio Liberti Stadium of the Club Atlético River Plate, which will serve as the basis for the first BIM (Building Information Modeling) modeling of the facilities. This technology is used in large-scale architecture and infrastructure works. True to our principles of innovation, we have been pioneers in its implementation in the country.

The tasks were carried out in two phases and made it possible to survey the point cloud, which was used to generate a digital model of the stadium, which will later be used for architectural and structural modification projects. It should be noted that this work was based on two advanced technologies: the Laser Scanner Lidar System (model BLK360) and the flight of a drone (DJI Phantom 4 PRO).

With the first of these tools, it was possible to survey the structure of the first ring of the stadium, starting with the scanning tasks in the structure of the Centenario grandstand and continuing along the entire external and internal perimeter. Next, the surveys were analyzed and post-processed independently and, finally, columns, partitions and/or walls were placed inside the stadium using targets. It should be noted, in this sense, that the work was divided into zones for a more fluent management of files and results.

On the other hand, the use of the Drone facilitated the data collection from stands, playing field, running track and surroundings. This action made it possible to collect planialtimetric information from the Low and High stalls.

Subsequently, the photogrammetric survey and the point cloud were verified by taking approximately 300 random points with GPS technology, and then carrying out a statistical control that confirmed the methods. 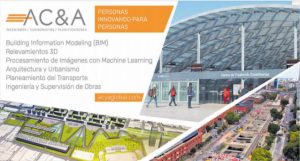 With the data obtained, the post-processing of the information continued using the Autodesk ReCap Pro software, generating the point cloud that would later be mounted on the BIM models developed, particularly Revit. This will facilitate future projects or modifications as it is a comprehensive base where the entire stadium can be seen both at structural and detail levels.

For five years now AC&A has been using the Lidar survey system in combination with drone flights in its projects. In this case, the Club Atlético River Plate entrusted our company with the comprehensive survey and generation of digital models that later made it possible to advance in architectural and engineering designs, which represented a great challenge and pride for our firm.

The work in this World Cup Stadium was published in Clarín Arquitectura.